The day started off cloudy with some rain showers, so we decided to spend the morning stocking up on snacks. The hunt for three particular items took us to three different grocery stores, which might lead you to believe that the grocery stores in Anguilla are not very well-stocked. But stocked they are, with all sorts of interesting things. 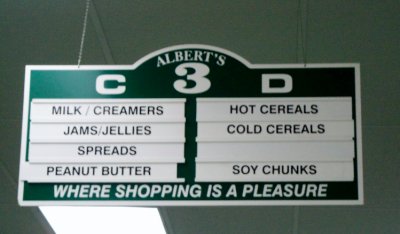 I know what you're thinking: Just how popular are soy chunks to warrant their own aisle? Why have I never tried a tropical soy chunk smoothie, or the island grilled soy chunks? I must be eating at all the wrong places.

One of the right places to eat is at Lucy's, where, despite the lack of soy chunks on the menu, the food is quite delicious. 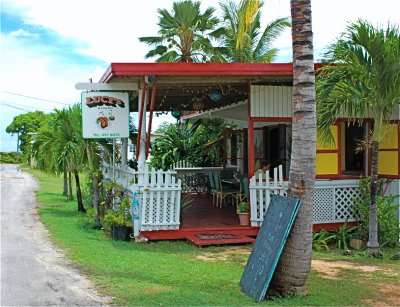 At Lucy’s we shared a crab fritter appetizer, followed by two orders of the snapper from the dinner menu, which is a salty, garlicky, fried fillet so good that apparently I couldn't even pause to take a photo before digging in. 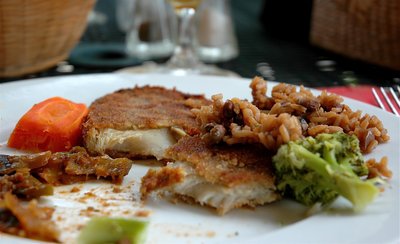 Right as the appetizer came, Ronnie Bryan showed up -- we’d called earlier to let him know that the trunk on our rental car wasn’t closing properly. (You know it's a small island when someone can track you down at lunch in the space of about two hours.) While Angel chatted with Ronnie in the parking lot, I of course ate the entire crab fritter appetizer. Later, when Lucy brought out our entrees and noticed that Angel was still out talking to Ronnie, she swiftly took his plate back into the kitchen “so you don’t eat it all!” As if I would do that . . . twice. 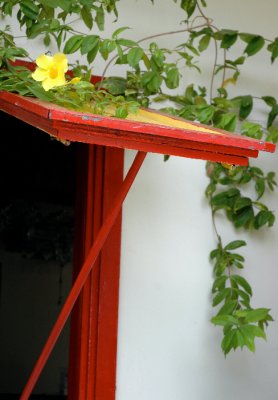 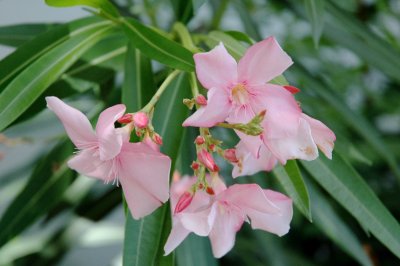 Lucy has been working on a new special drink, which is approximately 1 oz. of lime juice, 1 oz. of mango puree, 1 oz. of amaretto, and 48 oz. of rum. Either that or our eyes are this squinty all the time. 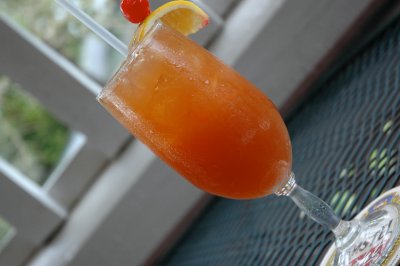 After passing out napping for the entire afternoon, we were still too exhausted from the Lucy’s Foodapalooza to do much for dinner, so we drove over to Corner Bar for some pizza. As you know, the laws of physics dictate that no matter how stuffed you are, you can always eat a slice of pizza. 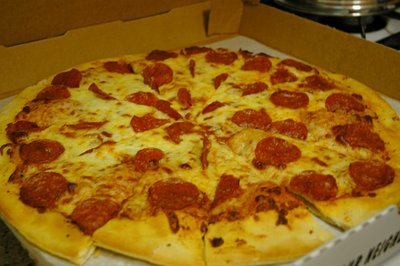 The next day was bright and sunny, which could only mean one thing: Rendezvous Bay. 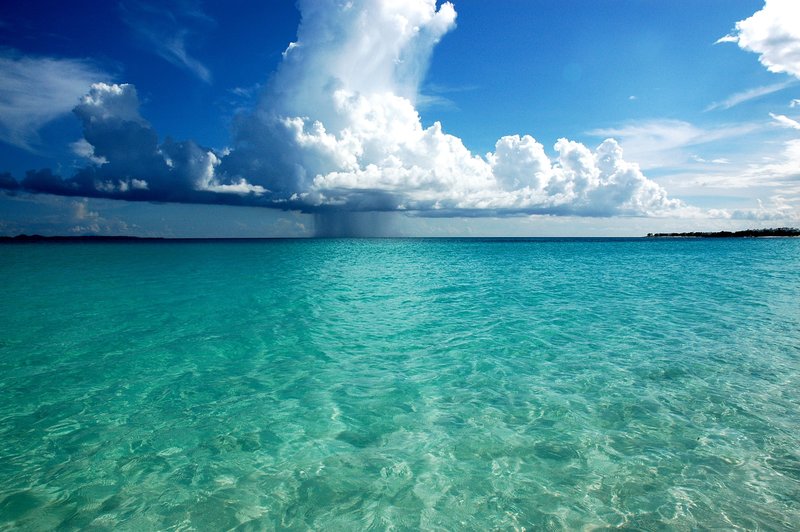 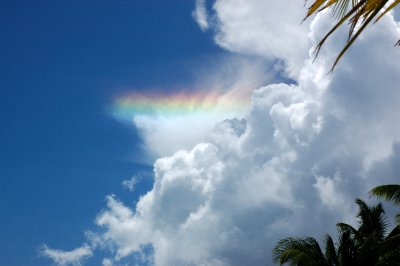 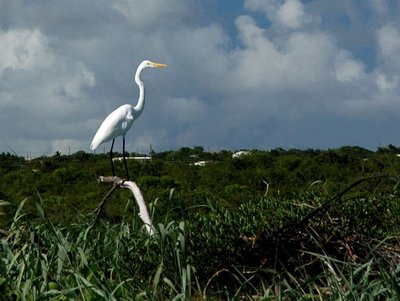 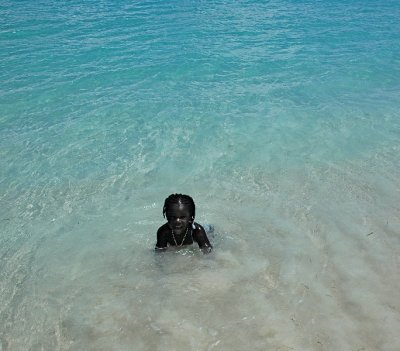 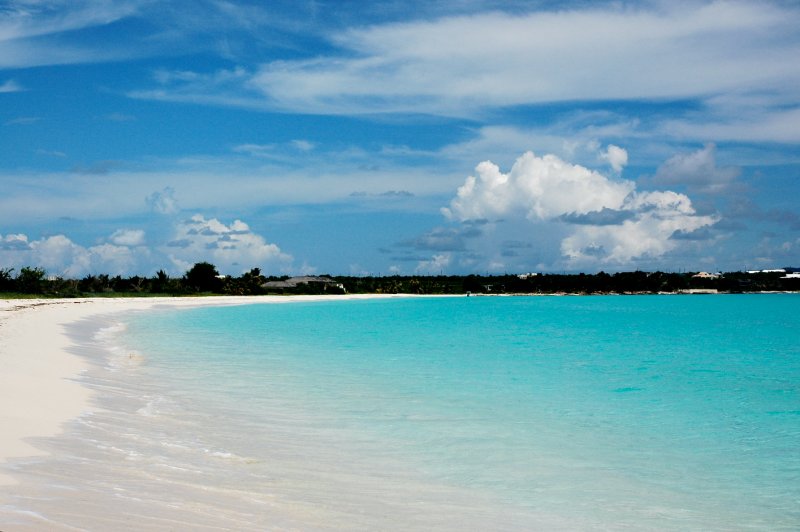 Later that evening was Blanchard's for dinner, which is where the rich and famous hang out when they visit Anguilla, and the poor and infamous get to wait 20 minutes for a table . . . even with a reservation. Not that I am bitter or anything. 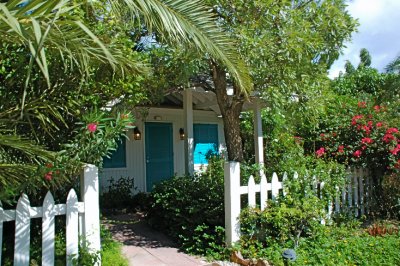 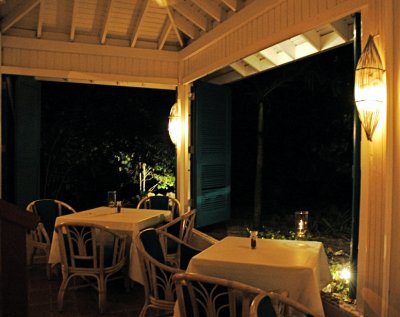 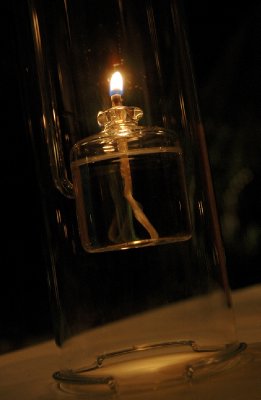 Blanchard's is known for its "Cracked Coconut" dessert, which is a chocolate shell dusted with toasted coconut and filled with coconut ice cream. It was very tasty, but not even a giant ball of coconut-shaped chocolate can make up for the good-but-not-great food and $200 tab. Boo. 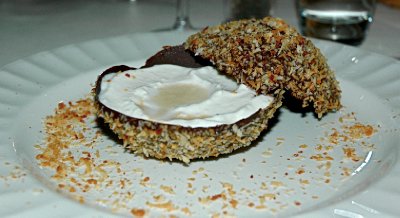 The next day we drove across the island to Shoal Bay East, with a quick stop in Island Harbour. 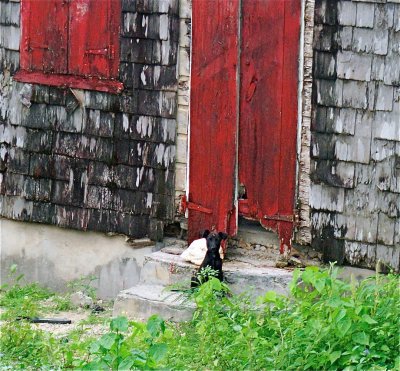 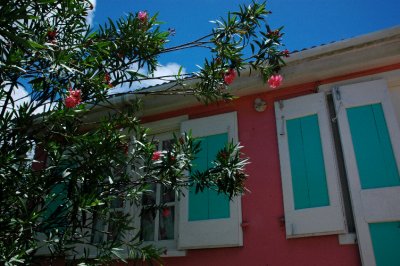 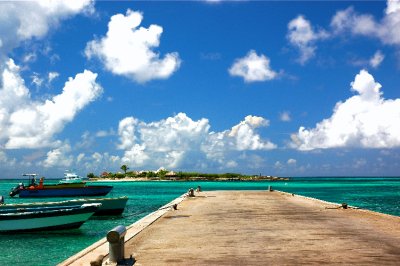 Remember when you were a kid and you thought a watermelon would grow in your stomach if you swallowed a watermelon seed? Caribbean kids must be terrified of coconuts. 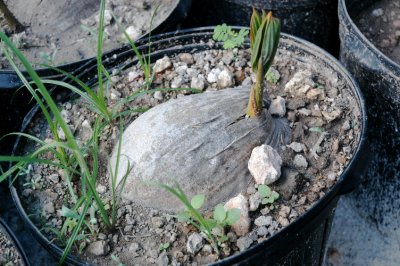 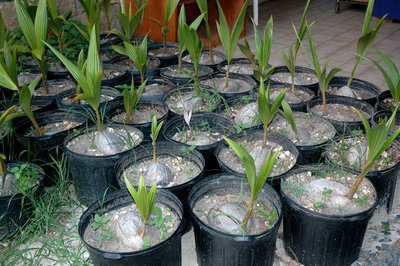 Shoal Bay is gorgeous, but do not be fooled. 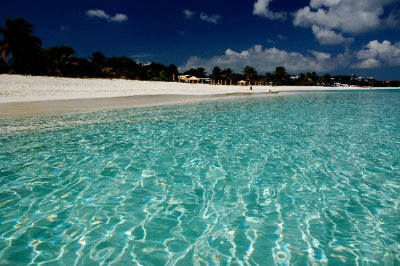 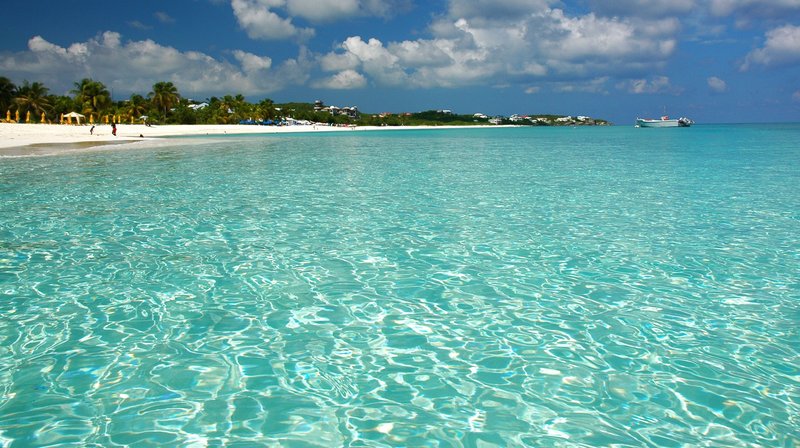 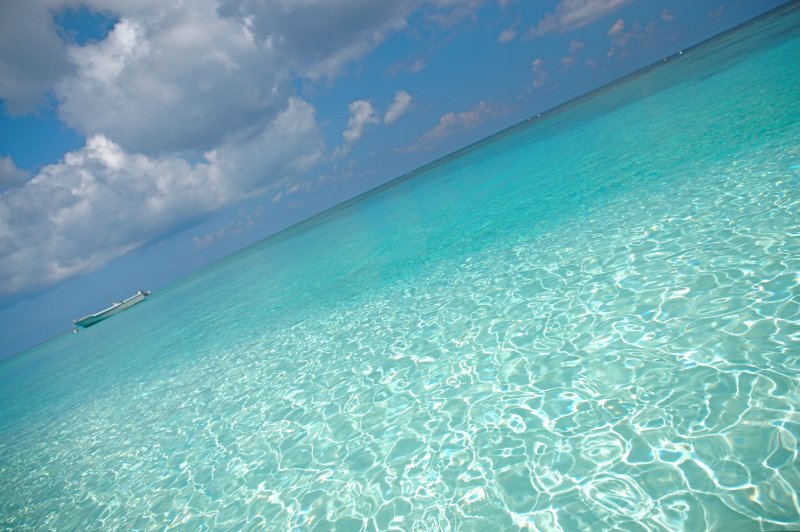 First of all, there are tiny, curious tropical fish here, which will swim around your calves when you enter the water. I personally find this sweet and charming, and could watch them dart around my feet all day. But Angel, who is a powerful magnet for sand fleas, gnats, mosquitos, rabid dogs, and virtually every other loathsome creature in existence, does not agree. “Those legless bastards are trying to get me,” he explained, exiting the water. I laughed and asked why a fish the size of an anchovy might want to get him. “Because I am tender and tasty,” he answered. Of course. 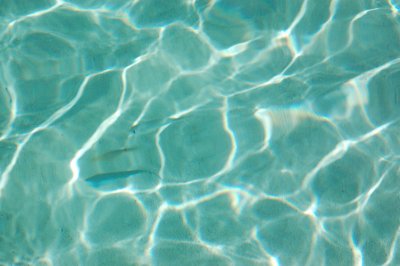 The second reason to be on your guard at Shoal Bay is that a large stingray lives here. That in itself is not so terrifying, until you realize that he is cleverly disguised to look exactly like a part of the reef. God help us all. 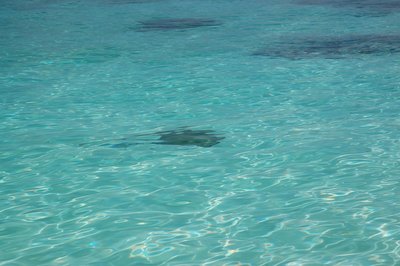 Posted by TraceyG 05:59 Archived in Anguilla

Previous Next Table of contents

love everything you wrote and the pictures are a feast for the eyes! I especially agree with your summation of Blanchard's. We have felt it has been a "rip-off" for years.

Comments on this blog entry are now closed to non-Travellerspoint members. You can still leave a comment if you are a member of Travellerspoint.

If you aren't a member of Travellerspoint yet, you can join for free.