Anguilla Part 5: Oops, I Did It Again

This trip to Anguilla marked ten years since Angel and I said our wedding vows on the dunes overlooking the ocean in Westhampton Beach. It was a small, elegant affair on a picture-perfect summer evening. Tuxedoed waiters passed h’ors doeuvres on shiny silver trays during cocktail hour on the deck at sunset, and served fresh lobsters for dinner under twinkling lanterns. Friends and family wished us well. All in all, a pretty good start.

And then we took our honeymoon. 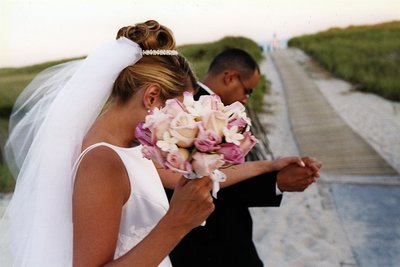 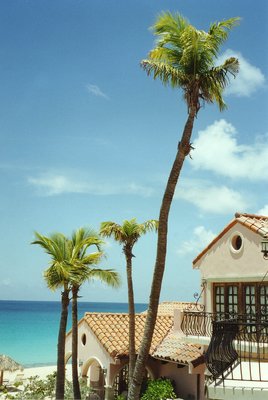 We’d been married less than a week when we set off for Anguilla. On our first full day, we headed over to Shoal Bay and decided to take a swim before lunch. 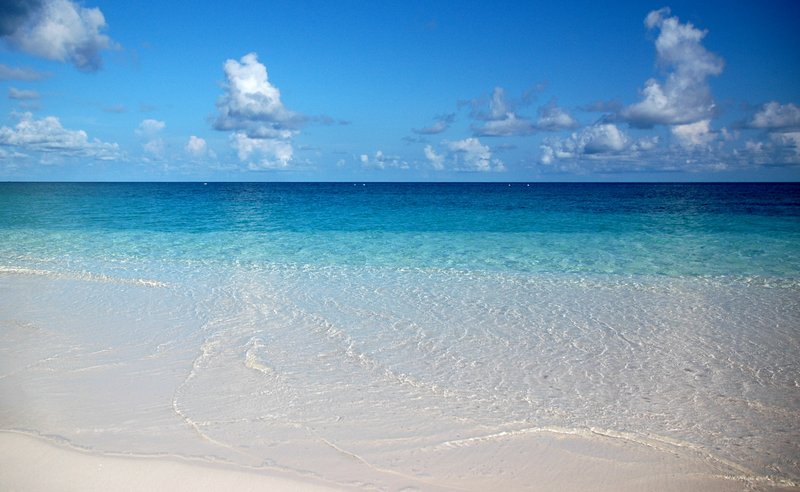 Terrified of losing one of our brand-new wedding rings, we'd brought along a small velvet ring box and deposited them there for safekeeping while we were in the water. After our swim, we took one of the tables closest to the water on the deck at (sadly departed) Le Beach. As we settled in for lunch, I asked Angel to give me my ring so I could show it off put it back on. He demurred, saying that he didn’t want to dig through his backpack to find the ring box.

He said to wait.

(Newlyweds, take note: THIS is the secret to a successful marriage.)

Defeated, Angel fished around in his bag and finally came up with the ring box. He popped open the spring-loaded lid. At that moment, everything melted into slow-motion: When the lid popped open, the ring inside flew straight up into the air . . .

. . . and landed smack between the floorboards of Le Beach’s deck.

My ring – my not-even-one-week-old wedding ring – was now underneath the deck at Le Beach, buried in the sand below.

I screamed. Angel muttered something like, “I told you I didn’t want to get those rings.” Before I could strangle him, though, he ran around to the other side of deck and, kneeling in the scorching sand with the sun beating on his back, began to dig furiously with his hands to get to my ring. A few other folks on the beach noticed the crazed, sweaty man digging up the sand underneath Le Beach’s deck and came to watch. Word spread, and soon there were 5 or 6 men digging in the sand for my ring. Finally, they spotted it . . . but it was too far under the deck to be reached, and the deck was too low for anyone to crawl under it. There didn't seem to be any way to reach it. 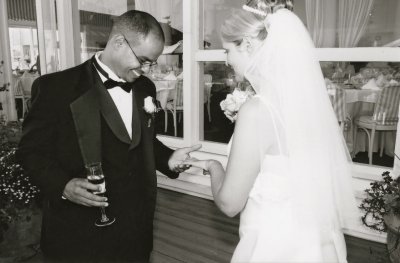 Angel wiped the sweat from his brow.

I threatened his life.

Finally, someone had an ingenious idea: a clothes hanger! The proprietor of the shop at Le Beach donated one of her metal hangers, which was then untwisted so it could be used a hook. My ring, and Angel’s life, were saved! 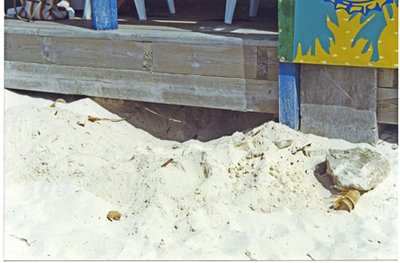 And here we are, ten years later. Ten years. Imagine hundreds of more incidents like the Great Ring Debacle and you can see what an amazing accomplishment this is. We knew we had to celebrate, and what better way to do so than by agreeing to annoy each other for another ten years, with a vow renewal ceremony?

Only Angel didn’t exactly agree . . . which is why I had to spring it on him. SURPRISE!!!

He's starting to get suspicious . . . 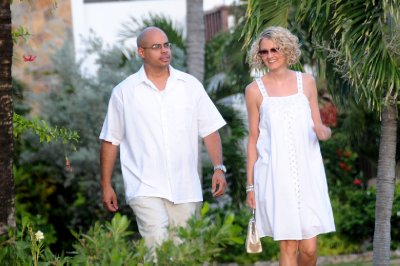 Don't worry, he only looks like he's going to throw up. 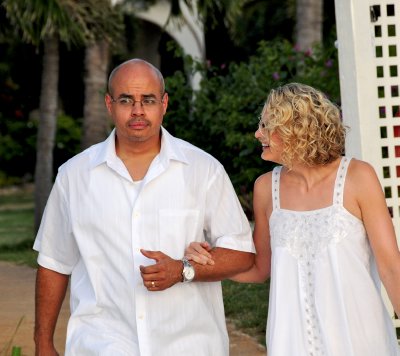 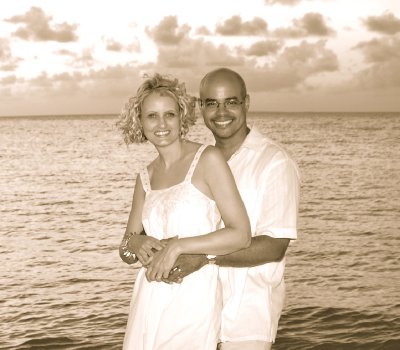 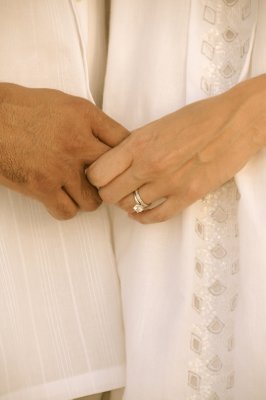 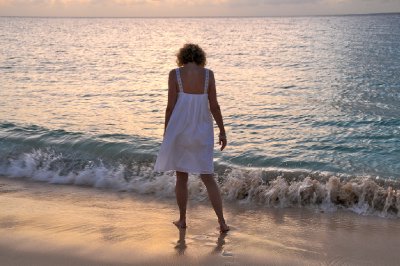 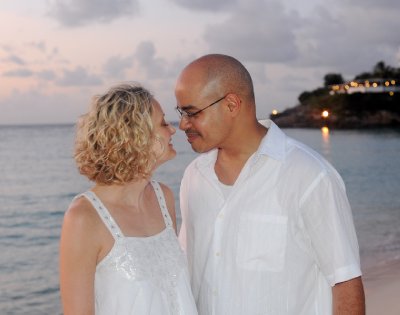 Later in the week it occurred to Angel that he'd been lured out to the beach that night with the promise of sunset drinks at Malliouhana, but instead of a drink he got another 10-year sentence. So tonight it was off to Malli for two glasses of Champagne, which Angel said would be his treat. 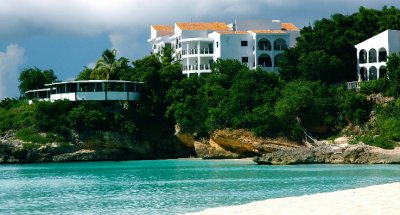 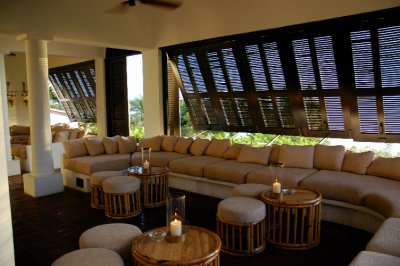 Sadly, though, the poor guy got the short end of the stick again: This is what $79 worth of Champagne looks like . . . before the tip: 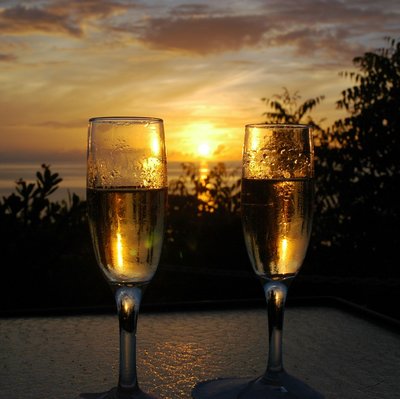 You didn't really think there'd only be one picture of those $79 glasses of Champagne, did you? 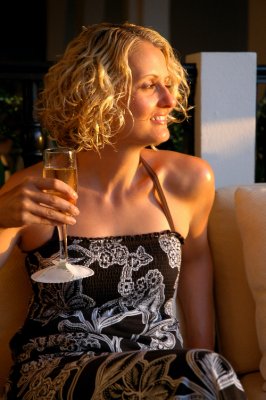 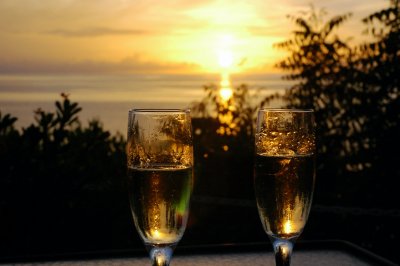 Freed from the burden of a full wallet, we went on to enjoy a gorgeous sunset. 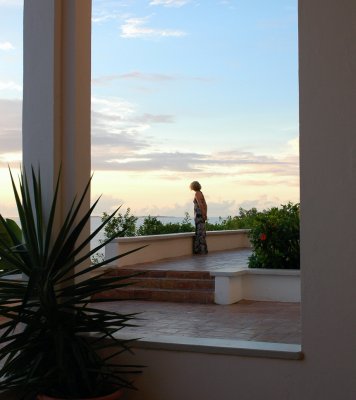 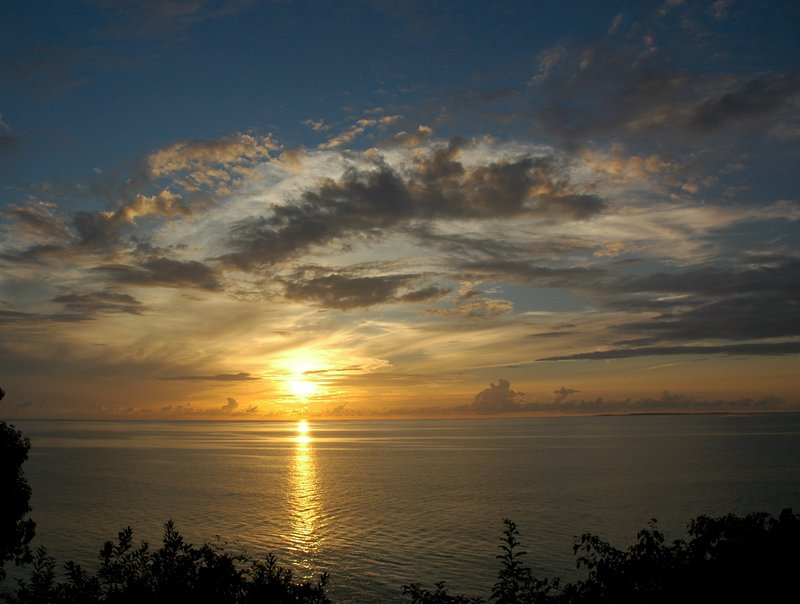 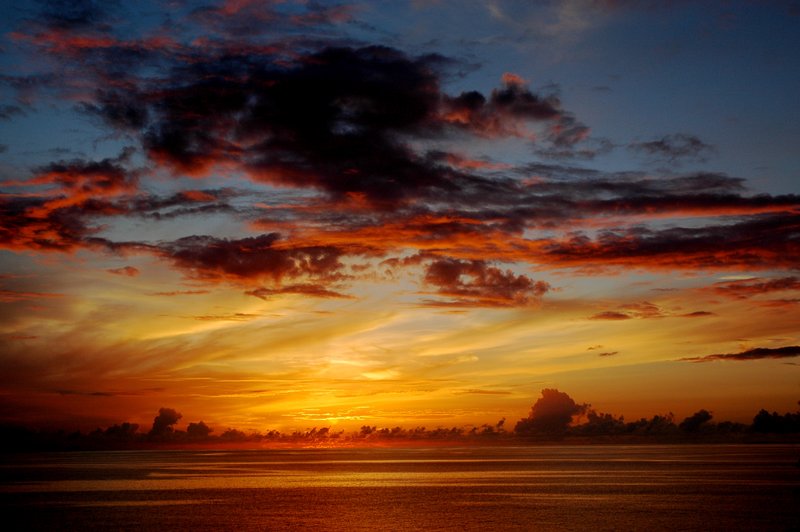 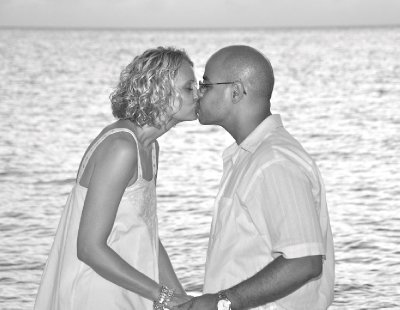 Posted by TraceyG 19:38 Archived in Anguilla

Previous Next Table of contents

your pictures look amazing and have officially sealed the deal on OUR 2012 trip!!!

So sweet--loved both stories here!

You are an amazing writer and photog. What kind of camera did you use. You could sell me the Brooklyn Bridge, dahling.

Comments on this blog entry are now closed to non-Travellerspoint members. You can still leave a comment if you are a member of Travellerspoint.

If you aren't a member of Travellerspoint yet, you can join for free.